Skip to content
HomeNewsRezekne SEZ Enterprise of the Year Award 2019

For the 9th year, Rezekne SEZ Authority has awarded the winners of the Rēzekne SEZ Enterprise of the Year Award competition.

The management of RSEZ highly appreciated the performance of our companies:

“NewFuels” RSEZ SIA received the title “Company of the Year” and won the following nominations:

1st place in the nomination “Manufacturer of the Year”

1st place in the nomination “The Largest Exporter”

2nd place in the nomination “The Fastest Growing Company”

2nd place in the nomination “The Largest Taxpayer”

2nd place in the nomination “Partner of the Year”

3rd place in the nomination “Investment of the Year”

“Energy Resources CHP” RSEZ SIA was awarded a Letter of Recognition for its contribution to the development of Rēzekne SEZ.

We thank all our employees for their work and energy in achieving these results, as well as RSEZ and Ms. Sandra Ežmale, Rēzekne City Council and Mr. Aleksandrs Bartaševičs for creating the necessary conditions for our work, quality cooperation and such high appreciation!

We also appreciate and express our gratitude to the state institutions and our cooperation partners, thanks to whom we have reached new heights once again! 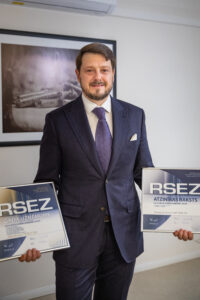 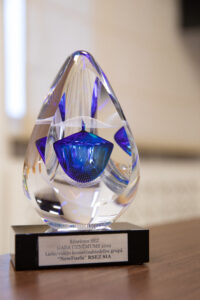